by Dota68
in Custom Map

Choose from any of 18 Ninjas from the original Naruto series! Fill your role and play throughout the storyline to become the most powerful ninja!

The actual game will play out as normal, only now instead of acquiring 2 scrolls it’s instead who can get the most scrolls…

I only want to make a few changes rotating around the forest of death. 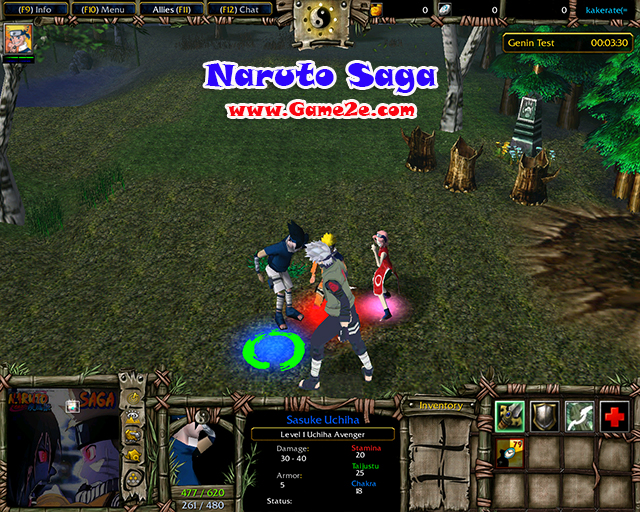 Big head:
The player who has made the most kills becomes visible to every other player in the forest of death, this makes it easier for others to avoid them and harder for the player to keep his killing spree up.

Chakra essence:
Players do not regenerate chakra as fast as it is currently generated. Instead the only way to get more chakra is when you kill another player, stealing half their chakra at death, and when you level up(Instant full mana and life)

Learning curve:
When a player levels up, in an area around them all players friendly and foe are injured. This is like when a ninja discovers a new power/ability, they do not know how to use them yet and because of the power of the ability they become a damager to everyone around them.

Desperate but deadly:
Chakra is directly tied to how much a ninja can do, but as we have seen in the show, when a ninja has very little chakra they become desperate to survive. That is why we should tie chakra directly to damage, but reversed. The less chakra you have the more damage your physical abilities do.
…………………………………………………………………………………………………..

With all these changes I want to encourage strategy back into the ninja world. When low on mana ninja will turn to traps. When you become the strongest your suddenly the most vulnerable because now every ninja in the forest of Death can see you, planing ahead your death. When battling for your survival, you need to come up with a plan… 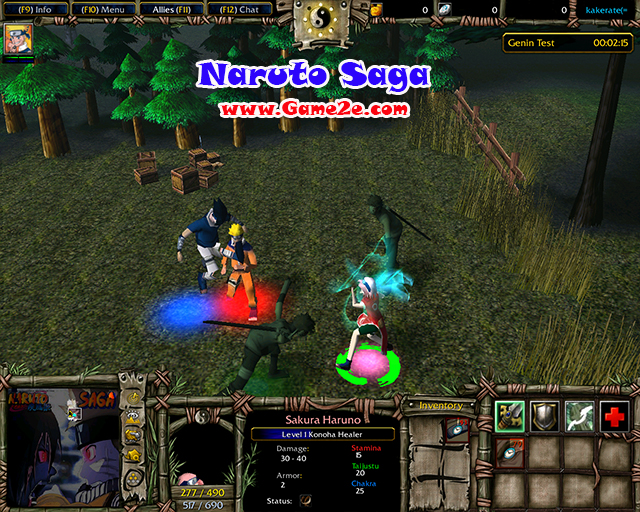